The first factor that is of central importance is developing a strong therapeutic alliance with the client, mainly through empathically relating to him/her. Second, it will be shown how to guide adolescents and younger children to identify the specific Activating Event (AE) that is bringing about their unhealthy negative emotions through triggering self-defeating cognition(s). He/she will be guided in changing these through appropriate methods of transforming negative cognitions that are not empirically-based. This acquiring of a more positive and realistic thought will, often, immediately change the clients unhealthy negative emotion(s) to healthy, adaptive, and empowering ones, often right before the the therapists eyes! This process of changing a negative thought is sometimes very difficult, though, because their self-defeating cognition(s) is impermeable, as if set in stone. Thus, it will be shown how EMDR can be used to make cognitions become more fluid, pliable, and amenable to positive transformation. Then, such a cognition is often relatively easily to change into an adaptive, healthy emotion-producing cognition (ie, through the Externalizations of Voices method). Now comes the greatest innovation of this roadmap. An Ericksonian therapeutic transit is elicited. The clients new, happiness producing, and anxiety and depression reducing adaptive cognitions are interspersed in the therapeutic trance; within the therapeutic trance a future projection is facilitated, and the client experiences themselves in their optimal future, with these adaptive cognitions being an experiential reality. This solves the classical, and poignant problem of therapeutically changed cognitions not being remembered without extensive rehearsal, etc. Now, the newly created cognition(s) is experiential, remembered, and thus symptom reducing and happiness producing, for the rest of his/her life, preferably. 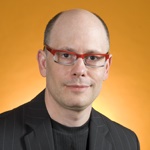 Joseph Sestito, MSSA, LISW-S, completed his Master of Science in Social Administration (MSSA) at Case Western Reserve University in 1992. He has 10 years of leadership experience in a residential treatment center specializing in the treatment of children and adolescents with emotional and behavioral problems. He has 15 plus years of experience working as a psychotherapist with adults and children. Joseph specializes in working to help clients overcome anxiety, depression and anger issues. He is an expert in cognitive behavioral therapy and Eriksonian approaches in psychotherapy, and has written and presented extensively in these areas.