This conference was repeated in 1990 in Anaheim, Calif., with a similar faculty including Bugental, Glasser, Hillman, the late Helen Singer Kaplan, Lowen, Meichenbaum and the late Mara Selvini Palazzoli. Keynote addresses were given by the late Viktor Frankl and Betty Friedan. 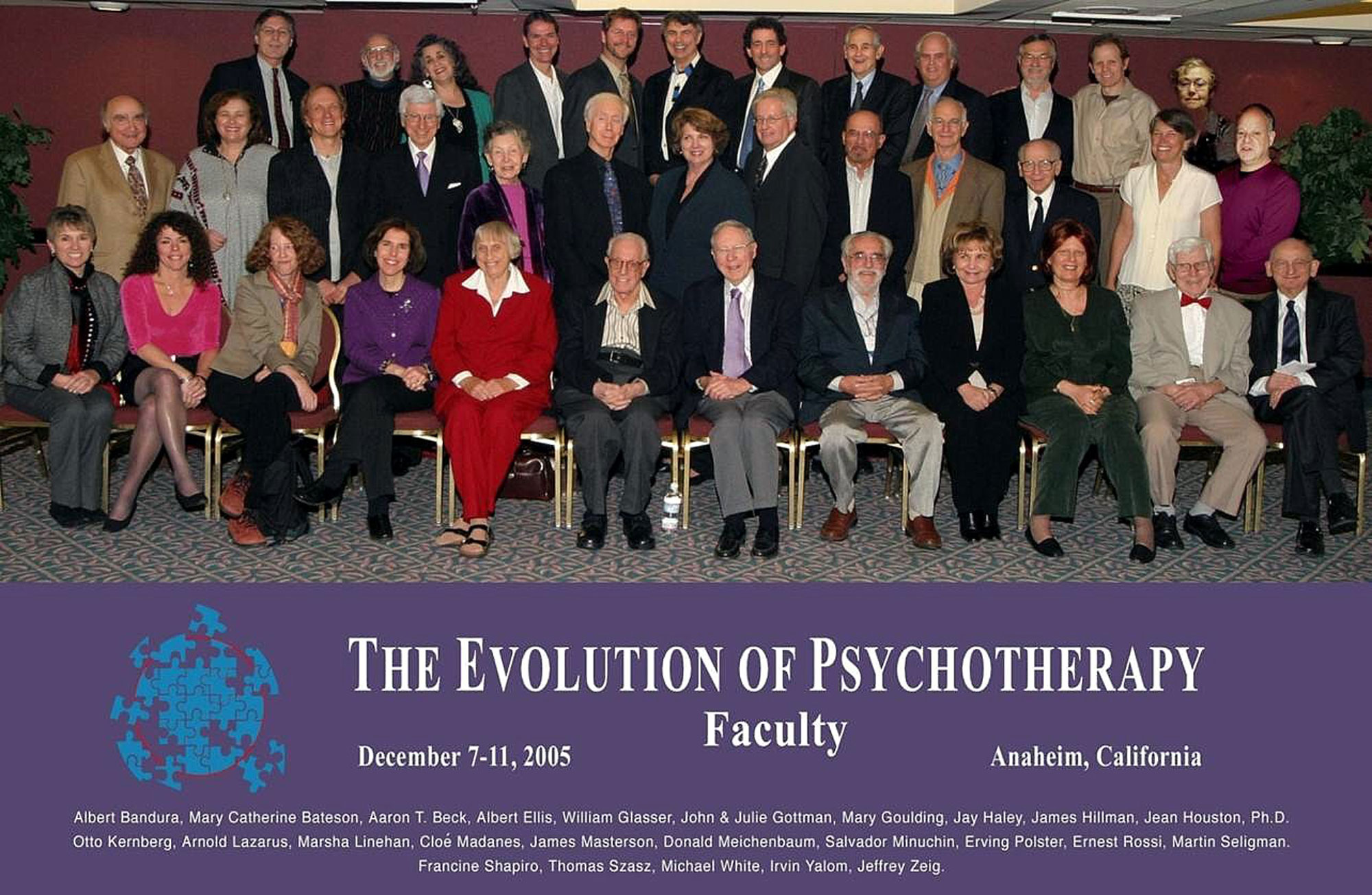 State of the Art Faculty

The program for this landmark Conference is designed to maximize the opportunity for interaction among the faculty and between the faculty and participants. Presentations will include Invited Addresses, Workshops, Clinical Presentations, Dialogues, Panels, Conversation Hours and Keynote Addresses. The State of the Art faculty will introduce the participant to different viewpoints and ideas through Workshops and Addresses.