Ericksonian Monographs 09 - The Essence of a Single-Session Success (Hardcover)

Book is used, but in good condition.

A Multischema Model for Combining Ericksonian and Cognitive Therapy

by Jeffrey B. Feldman

Introduction to the Case: A Woman with Chronic Anxiety and Panic Attacks

Back to the Future: Cocreating a Different Life Story

Commentary on a Therapy with Joan

Case Commentary: A Woman with Chronic Anxiety and Panic Attacks

"Trance-formational" Moments in the Trance Work of a Session Conducted

The Healing Power of the Story

Comment on Therapy by Stephen Lankton, M.S.W.: Case of a Woman with Chronic Anxiety and Panic Attacks 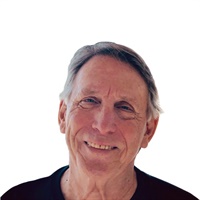 This book is part of the Classic Books collection. These are used books from our archives, but in good condition. Proceeds from the sale of these books will help us to expand our archives.