This workshop will address how to elicit and systematically change core beliefs (schemas) with Axis II patients. Topics include the constructive use of transference reactions as a therapeutic tool, and the management of hostility and excessive dependency. The use of imagery and role playing, and the applications of childhood material will be reviewed. A cognitive conceptualization of a case will be given. Ways to handle problems such as missed sessions, prolonging sessions, avoidance, and homework noncompliance will be addressed. 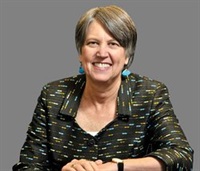 Christine A. Padesky, Ph.D, is considered one of the leading cognitive therapy workshop presenters in the world, appreciated for her depth of knowledge, compassion, and good-humoured warmth. She has presented over 450 workshops to more than 45,000 professionals throughout North and South America, Europe, and Asia as well as 25 workshops with cognitive therapy's founder, Aaron T. Beck, M.D. Her clear, organized and compelling presentations integrate theory, empiricism, creativity, audience interaction and practical skills.